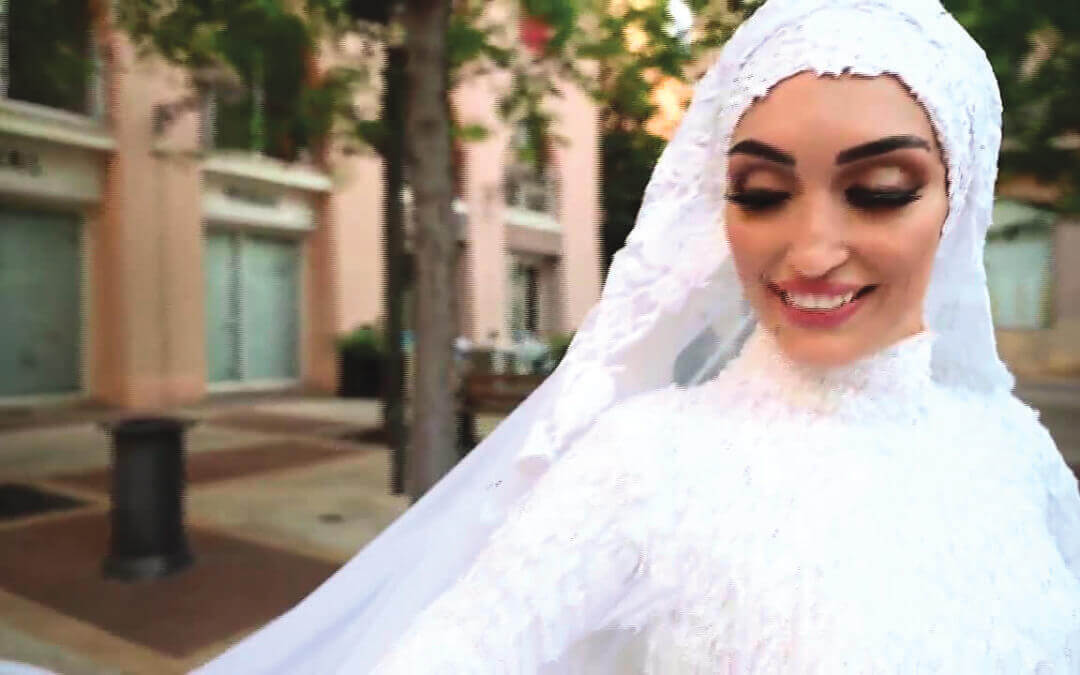 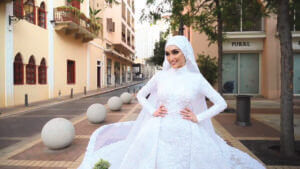 Photos and Story courtesy Reuters
Israa Seblani was posing for her wedding day photos when a deadly explosion blasted through the Lebanese capital. the doctor describes the moment, caught on film by her videographer.
It was her wedding day and Dr. Israa Seblani, 29, was dressed all in white, posing for a video meant to commemorate the celebration in Beirut, Lebanon, when a deadly blast ripped through the capital on Tuesday.
The footage from videographer Mahmoud Nakib captured the instant a powerful wave of pressure from the explosion rolled through the city. The blast killed at least 135 people and injured over 5,000 at the latest report
In the video, Seblani can be seen smiling and posing in her wedding dress in a city square when suddenly the roar of the blast can be heard. A bouquet of flowers on the ground is blown out of the shot and the bride’s veil and the skirt of her dress are thrown back by the force of the shock.
The camera then pulls to the left. Smoke and debris can be seen as the cameraman appears to get his bearings. Seblani and a man in a suit — her husband, Ahmad Subeih — appear in the shot as they flee the devastated square.Neither the camera crew nor the wedding couple was injured.
Seblani, a Lebanese doctor, recounted the dramatic scene.
“At that moment, when the explosion happened, all that came to my mind was: now I’m losing my life. I am losing my husband,” Seblani said in a video interview from Beirut on Friday. “No more, as we say, happy ever after, a happy ending of the love story.”
Seblani told how she had arrived in Lebanon from the US, where she lives and works, three weeks earlier to prepare for her wedding.
“I never imagined…such a thing could happen, especially on my wedding day,” she said.
“I was asking myself: when am I going to die? How am I going to die? Am I going to feel it?”
Describing the aftermath in the Lebanese capital, Seblani said it hurts her to see the city destroyed.
“My heart goes out to the people who died and people who got injured. Also, the people who are still buried under the buildings,” she said. 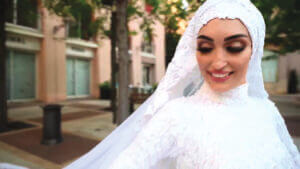 She shared her hopes of Beirut making a swift recovery from the blast.
“I hope all of this ends soon. And that life will come back as we know it in Beirut, a city of life,” she said. “People in Beirut, and all over Lebanon, they love to live.”
When asked if she would consider redoing her wedding video, the doctor said it wouldn’t be appropriate. However, the video has gone viral with millions of viewers watching the astonishing events transpire before their very eyes