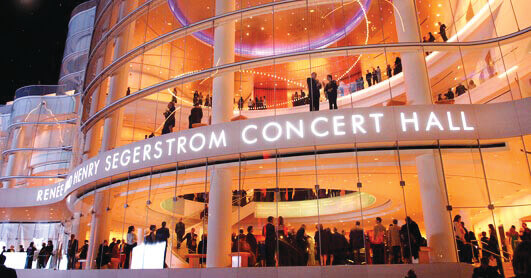 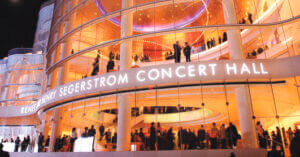 The League of American Orchestras has awarded a grant of $18,760 to Pacific Symphony to strengthen their understanding of equity, diversity and inclusion (EDI) and to help transform organizational culture. Given to just 28 orchestras nationwide, the one-year grants comprise the second round of The Catalyst Fund, the League’s three-year, $2.1 million grant-making program, made possible by a generous grant from The Andrew W. Mellon Foundation with additional support from the Paul M. Angell Family Foundation.

John Forsyte, President and CEO of Pacific Symphony commented, “We are excited to be selected—as one of 28 orchestras—to receive the Catalyst Fund Grant from the League of American Orchestras. Pacific Symphony’s Board of Directors, staff and musicians recognize the importance and challenge of this work. The grant will help to fund the launching of a long-term effort by allowing us to engage an expert consultant in equity, diversity and inclusion (EDI) to facilitate a planning process that advances our strategic goals. In light of this critical moment for addressing racial inequities, long-standing barriers and greater inclusion, this is extremely important work for the Symphony to undertake.”
“Recent events have underscored the deep racial disparities existing in our country, already amplified by the pandemic’s unequal impact on communities of color,” said Jesse Rosen, president and CEO of the League of American Orchestras. “The work orchestras are undertaking with support from the League’s Catalyst Fund highlights the urgency of addressing EDI as orchestras attempt to confront decades of inequity within our field. We must understand and address our personal and organizational roles in systems of inequity.”
Pacific Symphony’s overall goal is to establish EDI as a central element of the orchestra’s strategic plan. By engaging in an internal learning process, the Symphony will develop specific strategies and action plans to diversify its board, staff, musicians and audience, and to ensure greater impact and access for everyone in our region. Throughout this process, stakeholders will better understand key issues related to EDI, question long-held assumptions and better understand why it matters to Pacific Symphony. Action steps will then address EDI within the Symphony, and an organization-wide plan will be developed.
Preliminary analysis of the inaugural 2019 Catalyst Fund cohort demonstrates support and progress among orchestras, including an increased commitment and dedication to individual orchestras’ EDI work and an increased awareness that systemic change requires a sustained effort over time.
The Catalyst Fund is informed by earlier dialogue and research. A major national convening co-hosted by the League and The Andrew W. Mellon Foundation in December 2015 was catalytic in launching national task forces and annual convenings to engage orchestras in EDI efforts. Two important League studies, “Racial/Ethnic and Gender Diversity in the Orchestra Field,” and “Forty Years of Fellowships: A Study of Orchestras’ Efforts to Include African American and Latino Musicians,” further served to inform and stimulate action. In April 2018 the League launched, in partnership with The Sphinx Organization and the New World Symphony, the National Alliance for Audition Support, a national initiative that offers Black and Latinx musicians a customized combination of mentoring, audition preparation and audition travel stipends. Additional information on these programs and other EDI activity, including information about the League’s EDI Strategic Framework, is available from the League’s online EDI Resource Center.
League member orchestras were eligible to apply for Catalyst Fund grants; applications were reviewed by an independent panel of experts.