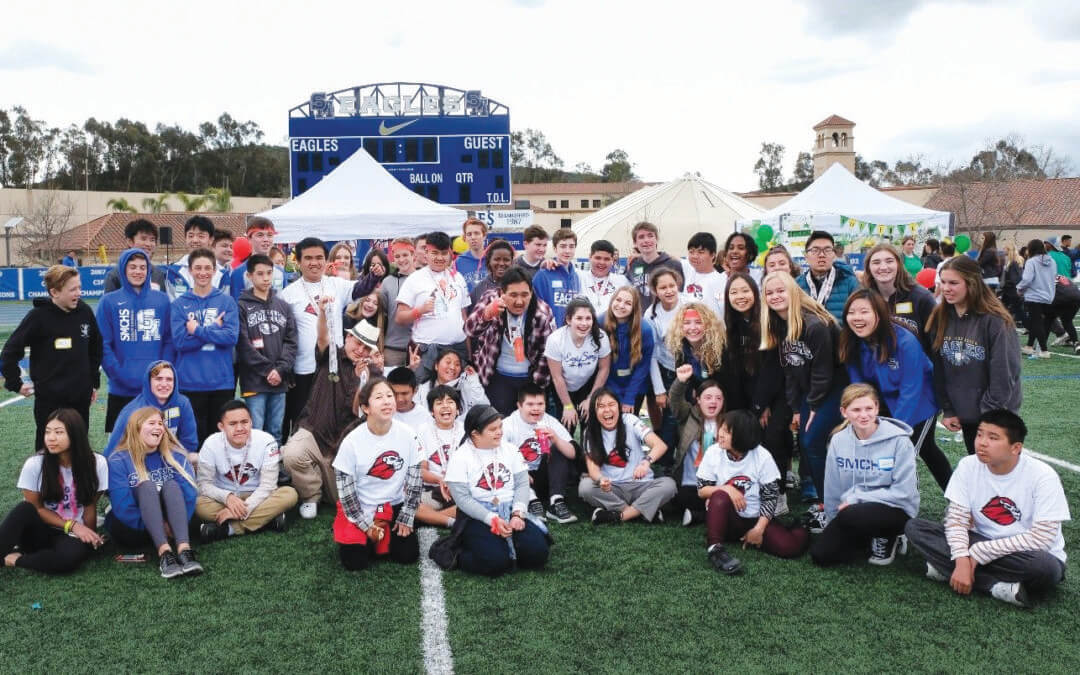 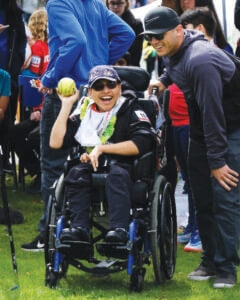 Photos by Steve Wylie
Santa Margarita Catholic High School hosted two Special Olympics events on campus in March. On March 4, more than 500 Santa Margarita students welcomed over 400 athletes with special needs to campus for the 10th annual Track and Field Special Olympics. The athletes, between the ages of 8 and 22, represented 15 elementary, middle, high school and adult transition schools from North Orange County, Huntington Beach, Tustin, Newport-Mesa and Capistrano Valley areas. The entire freshman class participates in this annual fun day of service, assisted by upperclassmen, faculty and staff. The Santa Margarita students served as the athletes’ personal buddies, cheering them on as they competed in the 25-meter dash, the 50-meter dash and softball toss. In addition to the competitions, the athletes also enjoyed face painting, a snack shack, photo booth and basketball toss throughout the morning.
“This event is about the willingness to learn from others and to give of ourselves,” said event organizer Caitlan Rangel, who oversees the school’s Christian Service program. “When we do this, we learn the true joy that comes from service.” Service is at the heart of Santa Margarita’s charism, Caritas Christi, which means “the love of Christ.” This event was just another opportunity for students to learn valuable life lessons outside of the classroom. To witness the smiles that were exchanged between the athletes and their buddies confirmed how meaningful this day was to all members of the freshman class. Freshman Gavin Von Der Ahe shared his perspective about spending the day with his buddy Noah, “He acted happy, like he didn’t have any disability – which encouraged me greatly not to think about him in any different way.”
On March 16, an additional group of 75 SMCHS students welcomed 70 athletes from five Orange County swim teams for the Aquatics Special Olympics. Athletes from Santa Margarita’s boys and girls swim programs helped to organize the event. In addition to serving as hosts of the event, the SM student athletes embraced their roles of being friends and supporters to the athletes – cheering them on throughout the day while they competed in their various events. The events included freestyle, backstroke, breaststroke, butterfly and relay races as well as jogging in the pool’s shallow end. The morning culminated with an awards ceremony where athletes were presented with certificates from their assigned Santa Margarita student buddy. 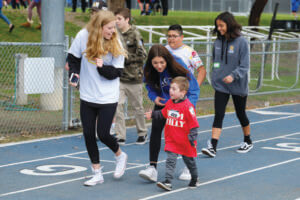 The event is reminiscent of a family reunion with many of the same athletes returning each year, Rangel said. Some of the Santa Margarita students and Special Olympics athletes have known one another for years through this event while others are strangers at the beginning of the day and self-processed best friends by the end of the swim meet.
“The spirit of joy, competition, and kinship is palpable,” Rangel said. “…The whole day is a beautiful witness to how Jesus’ love creates familial community out of strangers.”